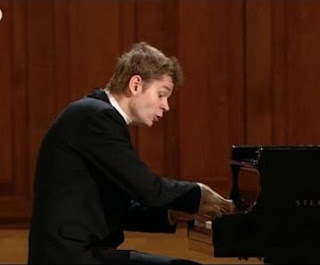 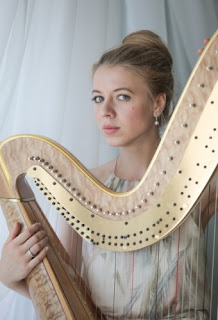 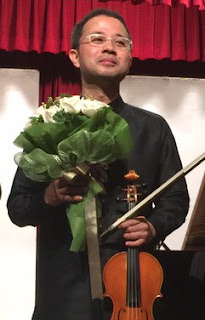 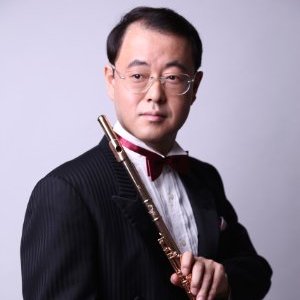 flautist, Kazutaka Shimitzu
"one of the greatest and most influential flutists in Japan today" La Côte Flûte Festival

3. Sunday, February 7th, 5pm - waiting list only
Mrs Gugnin and the Japanese Flautist
...with Andrey accompanying in the first half.
Mozart, Concerto for Flute and Harp, K.299 in trio form

Second half will be flute and harp duet
Jean Cras Suite en duo for flute and harp
Jean-Michel Damase Sonata for harp and flute No.1

Andrey Gugnin is one of the finest pianists of his generation. He is a graduate of Moscow Conservatory. He won first prize in the 2014 Gina Bachauer International Piano Competition, one of the most prestigious competitions in the US. As part of his prize, he will perform at Carnegie Hall, in April, 2016. Andrey has performed at Eelswamp in 2014 and 2015. He is one of the most popular visitors and we look forward eagerly to his return.

Oksana Sidyagina  was born in Moscow in 1990. She is a post graduate student at the Moscow Tchaikovsky Conservatory. Oksana has received many prizes including, 1st prize in the Fourth International Vera Dulova Harp Competition, 2010, 1st prize, Harp in the Twenty First Century, Moscow 2014, and 1st prize and the Audience Prize at the First International Harp Competition of Italy, 2014. Andrey and Oksana were married in August 2015.

Kazutaka Shimitzu is associate professor at Tokyo Gakugei University. He studied at the Conservatoire de Musique de Genève where he received the Première de Prix upon graduation. He won prizes at the Japan Woodwind Competition and several other competitions in Japan, France and Italy. After returning to Japan, he has frequently been invited to music festivals and institutions abroad, such as Aosta Conservatory(Italy), Alba Music Festival(Italy), International Music Festival Falaut (Italy) and the La Côte Flûte Festival, Switzerland.

Tasana Nagavajara was formerly concertmaster of the Bangkok Symphony Orchestra and is now Artistic Director of the Pro Musica Orchestra in Bangkok.

He has performed frequently at Eelswamp, most recently with Dimitri Papadopoulos and Alexandre Vay, playing the Tchaikovsky and Dvorak F minor trios.

Posted by gregory barton at 8:19 PM