Romantic Bach and Beyond 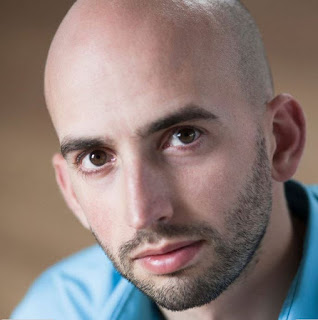 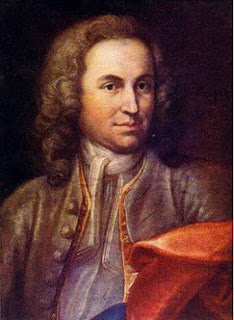 'Flamboyant', 'virtuosic', 'romantic', would be just a few words to describe these seven early works by Bach. He wrote the Toccatas in his early twenties after his hike to Luebeck to hear the great organist, Buxtehude, who was a master of improvisation. Hence the toccatas.
The toccata is a musical form of sweeping passages in improvisatory style with constantly changing moods. On the piano they lend themselves to a romantic interpretation. Each of Bach's toccatas contains an introduction in toccata style; sometimes flamboyant, sometimes contemplative. There follows a contrasting fugue, often an exuberant moto perpetuo - Bach at his best!

These are highly enjoyable works, full of contrast, and it will be a great opportunity to hear them all. Plaudits to Daniel for undertaking to perform the whole cycle for us.

Mozart's cataloguer, Ludwig Koechel, described this sonata "Without question this is the most important of all Mozart’s pianoforte sonatas. Surpassing all the others by reason of the fire and passion which, to its last note, breathe through it, it foreshadows the pianoforte sonata, as it was destined to become in the hands of Beethoven." Indeed, it has been said that this sonata is the prototype or inspiration for Beethoven's Pathetique. 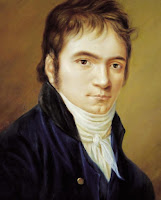 This is one of Beethoven's most popular early sonatas, written when the composer was around 27. It was written 14 years after Mozart's C minor sonata and is often said to be modeled on K457, which we will hear before this sonata. 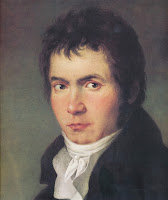 Beethoven, Sonata no. 22 in F major, op. 54
This is one of Beethoven's best kept secrets. It is a short work in two movements composed in 1804, around the time of the 5th Symphony. It is perhaps overshadowed by its two titanic neighbours: no. 21 the Waldstein and no. 23 the Appassionata. Nonetheless, it is a remarkable and highly original work. Beethoven scholar, Donald Tovey, had a special liking for it:

"[I]ts material is childlike, or even dog-like, and those who best understand children and dogs have the best chance of enjoying an adequate reading of this music; laughing with, but not at its animal spirits; following in strenuous earnest its indefatigable pursuit of its game whether that be its own tail or something more remote and elusive."

Indeed, the final movement is a bubbly moto perpetuo, which could easily bring to mind a dog chasing its tail!

Ravel's great three-movement, programatic, masterpiece is based on poems by Aloysius Bertrand. It is in three movements, Ondine, Le Gibet and Scarbo, the last of which is one of Ravel's most virtuosic creations, said to be a rival for Balakirev's Islamey.

He has performed in Carnegie Hall, New York, the Concertgebouw, Amsterdam and in Belgium, France, Germany, Italy, Romania and Poland. He has recorded two well-received CDs with works by Prokofiev/Bartók and J.S. Bach. Currently he teaches at the Royal Conservatory of The Hague. This is Daniel's second visit to Eelswamp.


Monday 23rd January, 6pm
Encore concert
Selections from the previous two concerts. Only 500 baht for those who have attended either the 20th or 22nd, otherwise, 1,200 baht. All proceeds will go directly to Daniel.

Posted by gregory barton at 6:07 PM