Before the Van Cliburn

Friday May 5th and Sunday May 7th 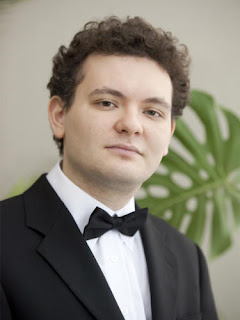 Friday May 5th, 6pm
Two Masterpieces in B flat (major and minor) 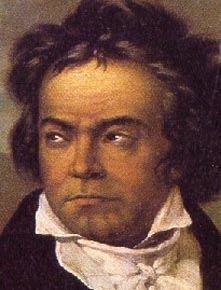 This monumental work was completed in 1818, when Beethoven was stone deaf and required visitors to communicate with him by written comments in his notebook. According to biographers, Kinderman and Cooper,  Beethoven's "...inward powers of imagination now gained new strength, as the great sonata abundantly reveals". Quoting wikipedia, The Hammerklavier "... is often considered to be Beethoven's most technically challenging piano composition and one of the most demanding solo works in the classical piano repertoire". This a challenging work which, if well performed, would take a competitor to the final round of a competition. No doubt, Yury will give such a performance.

Rachmaninov, Sonata no. 2 in B flat minor (original version). 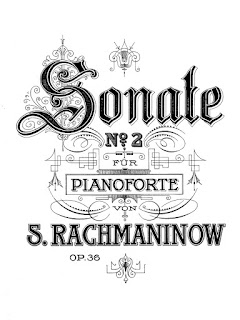 This famous work was revised twice: once by Rachmaninov and once by Horowitz. There is much debate as to which is the best edition. Some say that too much was cut out of the revised editions. Others claim that the original edition is much more challenging, technically. We heard Eva Shen give a great performance of the revised edition, last July. Come and here Yury performing the original edition and make up your own mind.

Sunday May 7th, 5pm
Russian music throughout the 20th Century

Music in the 20th Century was dominated by the Russians (of course with some great exceptions). We will hear a survey of great works for piano by Russian masters, both known and unknown but brilliant.


We begin in 1909 with a short work written by the 18-year old Prokofiev, who had already established himself as a formidable pianist not to mention a source of irritation for his professors and fellow students at St Petersburg Conservatory.

This early work was written in 1926, when Shostakovich was a teenage student at the Leningrad Conservatory. (Also driving his professors crazy.)  According to musicologist, James Leonard, "the sonata is one of the most brutal and modernist works Shostakovich ever composed." One of his friends reported seeing blood on the keyboard after the first performance! No doubt, the reference was metaphoric, but you get the idea.

Samuil Feinberg was famous in his day as a concert pianist and transcriber of Bach. However, he wrote 12 sonatas, many of which are works of genius. According to 'Hexameron' a reviewer on Amazon, "Feinberg's oeuvre is the Lost Atlantis of Russian music." I concur. I have spent months listening to the sonatas of Feinberg and have been trying to persuade every visiting musician to learn some. It is with great pleasure that Yury will perform the most popular of the collection, Sonata no. 6. It was written in 1923 and performed by the composer at the 1925 Festival of Contemporary Music in Venice. Igor Stravinsky was said to have attended the performance.

Yes, there are great composers who are still alive. We heard Andrey Gugnin play a brilliant work of Leonid Desyatnikov in February. Now we will be treated to two works by another highly respected Russian composer. According to Russian musicologist, Maria Kholodova,

"Gennady I. Banshchikov is one of the greatest composers of our time. His works captivated the audience long ago and now his works are attracting more attention of researchers, opening the world of amazing musical masterpieces of this composer from St. Petersburg."

I second that opinion. Banshchikov wrote five sonatas. They are all excellent. Yury offered a choice of two. It was a difficult choice, but I have chosen Sonata no. 3, which is the most substantial, and Sonata no. 4, which opens with a soothing Barcarolle and ends with a raucus Bartok-like folk dance.

Captivating stuff! Do join me for this special recital. 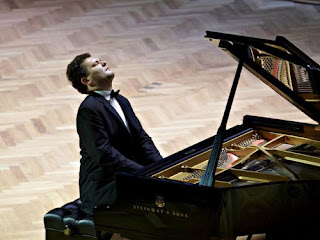 Yury Favorin is another outstanding young Russian pianist from Moscow Conservatory. He has been selected to participate in the 15th Van Cliburn Piano Competition, in Texas, a few weeks after he visits us. The Van Cliburn is one of the most important competitions in the world. Of 290 applicants only 30 were selected for the competition.

Yury graduated from Moscow Conservatory. His teacher was the great pedagogue, Mikhail Voskresensky (who was also the teacher of Eelswamp favourite, Sergey Sobolev). Yury has a string of prizes in his resume and has played in major venues around the world.

Don't miss this opportunity to hear Yury. If he wins the Van Cliburn (good chance!), it will probably be our only chance!