Please note the new dates
and cross your fingers! 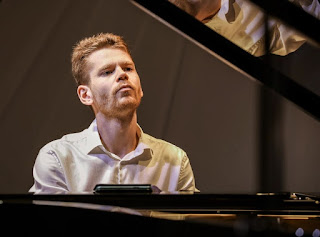 "Gugnin’s new disc is nothing short of disarming. This is some of the finest Liszt-playing one is likely to encounter these days..." — Gramophone Magazine

"What really impressed was Gugnin’s assurance – his absorbed, crystalline playing – so by the cadenza ... you were beguiled by a flawless technique." David Truslove, Classicalsource.com, commenting on the LPO performance, January 2018

Comprising opuses 3, 25 and 40, the mazurkas trace the development of Scriabin from a Chopin acolyte to a composer with a unique language. The early mazurkas are easy listening, but far more original and inventive than merely regurgitated Chopin. Gradually we hear Scriabin's style develop until, by opus 40, Scriabin has shed the Chopin cocoon entirely and emerges metamorphasized.

Sunday 6th September, 5pm
Beethoven:  Piano Sonata No. 29 in B♭ major 'Hammerklavier'
This is grandest of the Beethoven's 32 Sonatas. Completed in 1818, it stretched the boundaries of the sonata form with four movements in classical form but on a monumental scale. The first known public performance was after Beethoven's death, by the 25 year-old Liszt, perhaps because the sonatas was generally regarded as so technically demanding as to be unplayable. I saw Andrey give a superb performance of the Hammerklavier at the Beethoven Competition in Vienna, 2013. It was so impressive that I invited him to come and visit us. I look forward to hearing Andrey's rendition of the Hammerklavier again, after seven years.

Chopin: 24 Preludes op. 28
Needs no introduction. One of the greatest collection of miniatures in the repertoire. 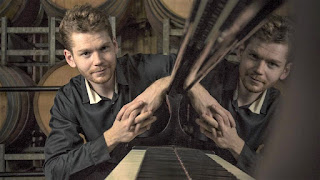 Andrey Gugnin has a special relationship with Eelswamp. He was the first musician whom I invited from overseas and he has visited us annually since then. This will be his seventh visit. During those years, we have seen Andrey's career skyrocket, winning two prestigious international competitions, releasing numerous CDs and most recently, gaining a management contract from one of the top management companies in the world (with a clause allowing continued visits to Eelswamp).

Posted by gregory barton at 8:57 PM