A rare chance to hear the complete cycle 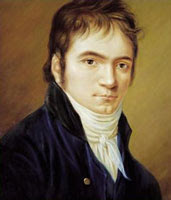 playing the Rode Stradivarius*
and 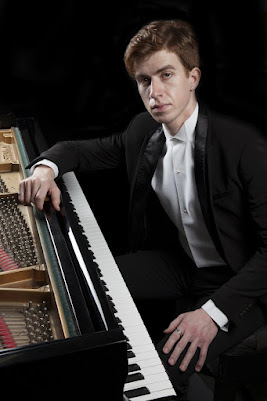 Piano Professor at the Royal College of Music, London

It is a rare treat to hear the Beethoven ten. They are only occasionally performed over a short period. In 2012 I travelled to Manchester to hear them played by ten different musicians at the Royal Northern College of Music.

It is also rare to hear them played in order of publication. They are usually mixed for the Procrustean reason of making each program similar in length. I have avoided that temptation in order to get a sense of Beethoven's flow of creation.

The first nine sonatas were written between 1797 and 1803 and so fall into the early-mid period. No 10 was written in 1812 for the French violinist Pierre Rode, whose Stradivarius violin of 1722, according to Wikipedia, is now played by Erzhan. Could it be that we will hear the performance of no. 10 on the violin for which the sonata was written? That's a stretch.

Erzhan Kulibaev is a Kazakh born violinist living in Madrid and now a national of Spain. He has visited Eelswamp several times, to much acclaim. He has performed the 24 Paganini Caprices as well as sonatas of Mozart, Prokofiev, Schubert and Respighi.

Ilya Kondratiev is a Professor of Piano at The Royal College of Music, in London, one of the most prestigious music conservatories in the world. I met Ilya at the 2014 Rubinstein Competition in Tel Aviv. He was a standout talent. This will be his fifth visit to Eelswamp.

Reservations: 1,200 baht for one concert. 2,000 baht for two. 3,000 baht for three.
Email asiachart@hotmail.com or call 038 069681 office hours. Due to limited number of places payment must be received before the day.
Tickets: No tickets will be issued for concerts. Admission to the music room on the day of the concert will be in accordance with the sequence of receipt of payment (ie, who pays first goes in first and can select their desired seat).

Cancellations and credits: Credit will be allowed for future concerts in the event of cancellation for reasons of sickness.

Taxi service to Eelswamp: Bolt should get you here.
Posted by gregory barton at 6:43 PM