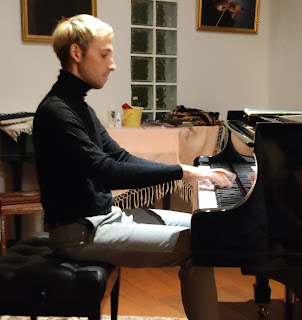 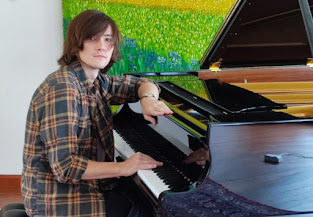 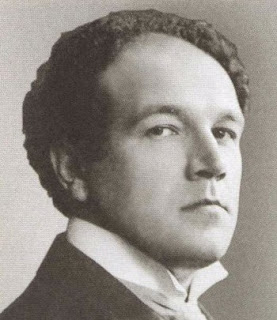 Nikolai Medtner is not as well known as his contemporary, Rachmaninoff, but he is on the same level of pianistic genius. Like Rachmaninoff's compositions, Medtner's works are melodious and cleverly structured. From the Hyperion website:

What was the genesis of Medtner’s style? He considered himself a follower of Beethoven and the best of his work reflects the great polyphonic skill, the detailed development of short compact motifs, and the severe spirit and concentrated depth of the late Beethoven sonatas. No less important for Medtner was German Romanticism in general and Schumann’s legacy in particular.

The op. 38 cycle begins with Medtner's most popular sonata, the Sonata Reminiscenza. It is followed by seven short pieces which borrow from the haunting melody of the sonata, ending with a powerful reprise of the main theme of the sonata.
Mussorgsky: Pictures at an Exhibition (played by Filipp) 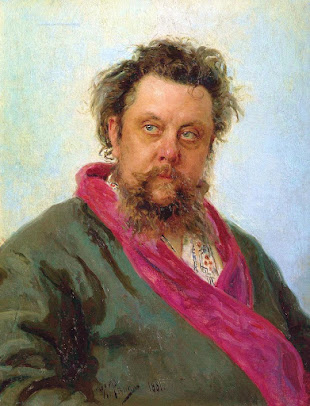 Modest Mussorgsky's Pictures at an Exhibition is a timeless classic comprising a cycle of ten 'portraits' inspired by an art exhibition, interwoven with a recurring Promenade theme.
Filipp Opanasenko and Vladislav Chubenko are two graduates of Moscow Conservatory and recent emigrees from Russia.
Filipp has played four concerts this year at Eelswamp including all-Bach, Chopin and Beethoven programs.
Vlad has just arrived. He was a student of Medtner specialist, Pavel Nersessian at Moscow Conservatory.
Friday, November 25th, 6pm
and Monday 28th November
(same program repeated)
Book now!

Reservations: 1,000 baht by email to asiachart(at)hotmail.com

Tickets: No tickets will be issued for concerts. Admission to the music room on the day of the concert will be in accordance with the sequence of receipt of payment (ie, those who pay first goes in first and can select their desired seat).

Etiquette: No photos allowed during the main performance. But photos may be taken during encore.

Children: Children aged eight years and older may attend the concert depending on the suitability of the program.

Cancellations and credits: Credit for future concerts will be allowed in the event of illness.

Posted by gregory barton at 7:30 PM