One of the most acclaimed exponents of the sitar 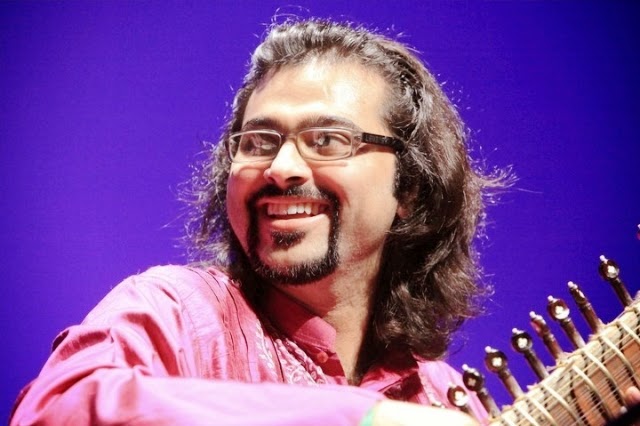 Winner of the 'President of India Award'

Purbayan Chatterjee is one of the most celebrated sitarists in India. He quickly rose to prominence by winning, at the age of 15, one of the highest awards in his country, the 'President of India' Award. Purbayan was described by Rajendra Teredesai, one of India's most respected musicians, as "possibly the most outstanding sitar player of the younger generation." His music, "is high on aesthetics, lyricism and understated technical brilliance."


Purbayan Chatterjee is a world-class performer. He has performed in many of the most important music venues in the world, including the Queen Elizabeth Hall, the main venue at the Royal Festival Hall in London, the Sydney Opera House and the Konzerthaus in Berlin.

Purbayan has recorded nine CDs one of which won the Palm IRAA Award for the Best World Music Album of the Year.

Sandip Ghosh, tabla, will accompany Purbayan in the program.

Indian classical music is one of the oldest and most developed forms of music in the world. It has been played in its current form for many centuries. Some ragas can be traced back to the middle ages. While the music is not written down, as is western classical music, it is nonetheless highly sophisticated with a grand conception, structure, movements and complex rhythms.

Indian classical performers face a greater challenge than western classical musicians: they must be both performer and composer at the same time. A good performance requires a constant flow of inspiration. Despite its vast population, only a few highly accomplished performers appear at any generation. We are fortunate to have one such performer coming to visit us.

Program: Full evening ragas, such as Puria Danashree and Yaman . A full raga contains at least four movements and starts with a slow, unaccompanied pulse (alaap) proceeding to a rousing duet.

Posted by gregory barton at 5:02 PM