A memorable pianist from the Rubinstein Competition 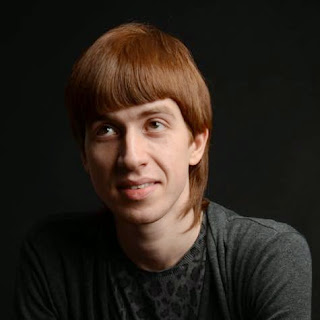 
I met Ilya at the Rubinstein Competition in Tel Aviv, in May this year. Ilya was especially impressive. He had a very relaxed and considered style of playing. His gangly frame complemented his sweeping gestures: his legs barely fit under the piano. He communicated well with the audience, at one point raising his finger to stifle premature applause and indicate politely that the piece hadn't finished yet.

Ilya has won many prizes at international piano competitions, some of which are listed above. He has also toured and played with orchestras in Russia, Germany, Georgia and Hungary. 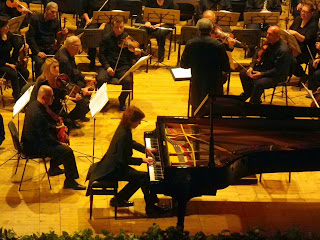 Directions to Eelswamp: can be found at the bottom of this page: http://eelswamp.blogspot.com/2013/11/the-music-room-at-eelswamp.html . If you haven't been here before I strongly urge you to find the venue before the day of the concert.

Posted by gregory barton at 6:41 AM