Between the two big competitions

A favourite from the the Tchaikovsky Competition

Contestant in both the Tchaikovsky 2015 and the Chopin 2015
plays two programs based on his performances in each competition. 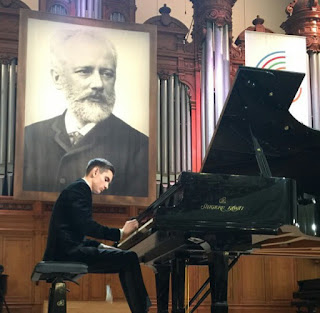 Please note the change of program from 12 etudes op. 10 to the pieces highlighted below.

Works from Friday's Tchaikovsky and Sunday's Chopin recitals and, for a little variety, four Scarlatti Sonatas and Debussy, 'Girl with the Flaxen Hair'.

Special price for those who have attended either the 4th and the 6th. Children over 8 free.
Call Helen for details: 038 069681. All proceeds will go to Dmitri. 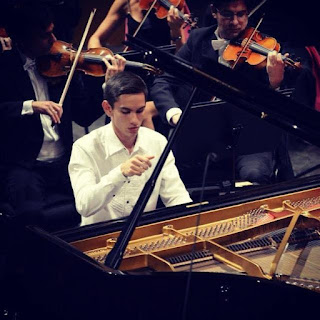 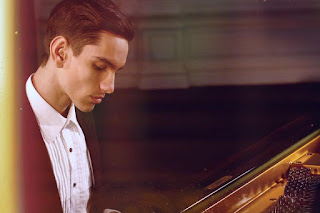 In 2010 Dmitri performed Tchaikovsky’s Piano Concerto No.1 with the Gnesin Virtuosi Chamber Orchestra at a concert on Red Square to celebrate Russia Day. He has appeared with the Tchaikovsky Symphony Orchestra and the Russian Philharmonic Orchestra. In 2014 he became a recording artist for the KNS Classical label, which features artists such as Andrea Trovato, Martin Muench and the Novafonic Quartet.

Posted by gregory barton at 5:48 PM