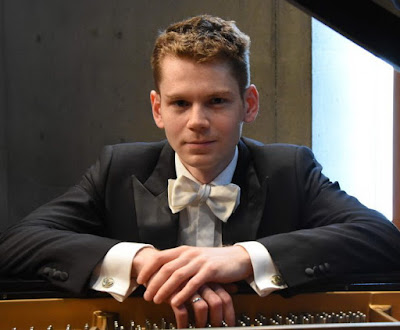 "Gugnin’s cultivated pianissimo presto leggiero, imperturbable rhythmicality, his preference for the heroic over the melodramatic, and not least his wealth of poetic imagination, easily place him in elite company." Gramaphone

Bach and Beethoven ... and a little bit of Shostakovich

Beethoven Sonata no. 21 in C major op. 53, 'Waldstein' - One of the favourites from Beethoven's middle period.

Shostakovich Sonata no. 2 in B minor op. 61 - A sublime contrast to the feisty first sonata. 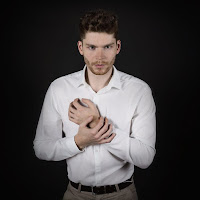 Andrey Gugnin is a Moscow-based pianist. He graduated from Moscow Conservatory.

I first saw Andrey perform at the Beethoven Competition in Vienna 2013, where he won second prize. Recognizing a great talent, I tracked him down and invited him to perform for us. Since then his rise has been meteoric, winning two major international competitions: the Gina Bachauer in 2014 and the Sydney International Competition, 2016. His concert calendar has increased exponentially, with performances in Carnegie Hall, The Royal Festival Hall in London with the London Philharmonic, in St Petersburg with Russia's top conductor, Valery Gergiev and the Mariinsky Orchestra and at the Sydney Opera House.

Despite his rapid rise, Andrey has not forgotten us at Eelswamp, and returns to one of his favourite venues, to perform two brilliant programs. This will be Gugnin's sixth orbit to planet Eelswamp. Don't miss it!

Posted by gregory barton at 5:59 PM