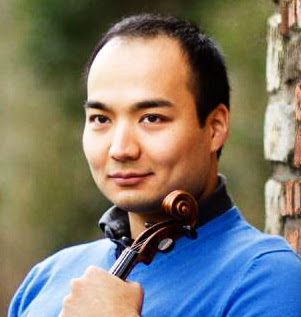 
“Dressed elegantly in black, with a Stradivarius in his left hand, the young Kazak violinist, with a strong sound that swirled around each member of the audience, shone with an outstanding technique and convincing and emotional peformance of Tchaikovsky to finish with a standing ovation....” (La Nacion) 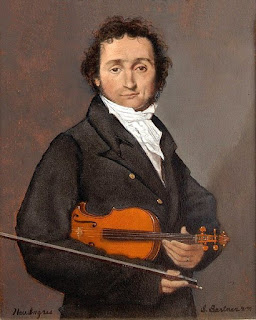 Nicolo Paganini was born in 1782 in Genoa. He was the original superstar of music. He inspired Liszt  who went on to become the superstar of the piano.

... a consummate showman. A favorite trick was to play with worn strings and then, as they broke, to complete a concert with the three, two or even one string remaining. His tickets cost up to five times the standard rate. He did little to discourage rumors that he consorted with the devil ..."


Paganini's 24 Caprices, Bach's sonatas and partitas and Ysaye's sonatas are the three definitive sets of music for solo violin. The Caprices were written to dazzle. They comprise some of the most technically challenging music ever written for the violin. Only a handful of violinists in any epoch play them. According to Gutmann, "Few violinists dare to play Paganini nowadays."

The Caprices were composed in three batches, starting in 1802 and finished in 1817. The earlier Caprices are more simple and technical. As they progress, the Caprices become more lyrical and complex, many resembling opera arias, others having themes such as hunting motifs or bagpipes.

The culmination of the set is the famous No. 24. The theme has been used by more composers than any other piece second only to La Folia: not only Liszt, Rachmaninoff and Brahms, but a total of 46 composers and musicians are listed in Wikipedia as having written pieces based on No. 24.

Listening to the whole set is a musical journey. You'll get a great sense of 'arrival' with No. 24. Don't miss this chance to hear this great work. 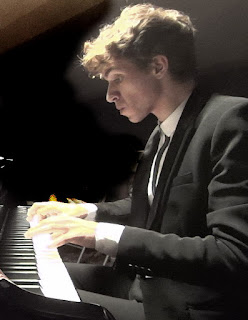 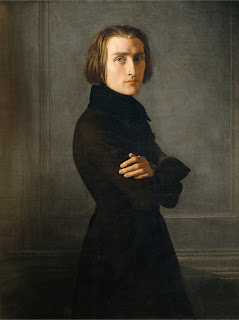 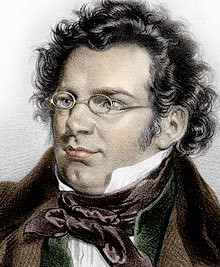 Schubert: Four Impromptus op. 90 These are four substantial works written in 1827, a year before the composer died at the age of 31. In the words of one critic, The impromptus are "imbued with profound, complex and mixed emotions." and listened to as a whole represent another journey.

"It may be fanciful to assign such complex musical and thematic considerations to these pieces, but play them, or hear them, as a set, and I think the sense of a journey, and its eventual completion is evident, if only in the progressive tonalities of each piece. In any event, these are poetic, timeless, and very personal works, which display a gravity and intensity far beyond the typical nineteenth-century drawing room Albumblatt or klavierstück". The Cross-Eyed Pianist. 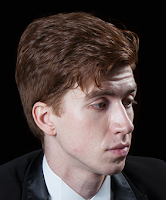 Ilya Kondratiev is a graduate of Moscow Conservatory and the Royal College of Music, London. He has won numerous prizes in international competitions, notably the Weimar Liszt and the Budapest Liszt Competitions.

Ilya is a great artist: not only is he a delight to listen to, he is fascinating to watch. His sense of drama is captivating. Ilya brought the house down at Eelswamp in January, 2015, with a jaw-dropping performance of Liszt's Hungarian Rhapsody no. 2 (Tom and Jerry). In 2017 he gave a staggering performance of the Liszt Sonata in B minor. 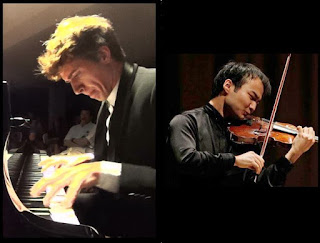 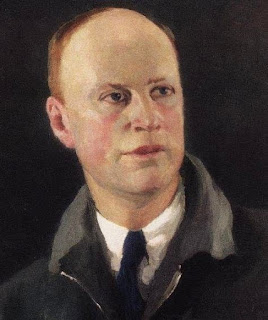 Strange bedfellows, but delightfully contrasting music. Prokofiev and Mozart. Prokofiev wrote two violin sonatas. Mozart wrote 20 (in his adult years). Prokofiev's violin sonatas are sometimes dark and mysterious and at other times exuberant and balletic. Mozart's are light and refreshing. This should be a very enjoyable program.

Mozart: Violin Sonata No. 26 in B flat major, K 378 One of Mozart's sublime works written in 1779, full of charm, poise and delight. The theme in the third movement, 'Rondeau' in French style, could easily be an aria from one of Mozart's comic operas.

Prokofiev: Violin Sonata no. 1 in F minor, op. 80 This is a dark and mysterious work, completed in 1946. The first movement could be something out of an Alfred Hitchcock movie. In Prokofiev's words, you can hear the wind 'rustling through the graveyard.' The jolly scherzo offers a little light relief from the wind in the graveyard. The slow movement is mellow and tuneful. The finale is bright and mostly cheerful - with only a distant, parting glimpse of the graveyard. This is a masterly work.

Prokofiev: Violin Sonata no. 2 in D major op.94a. In contrast to the first sonata, no. 2 is more in the style of Prokofiev's ballets. The first movement is sweet and melodious with occasional outbursts of exuberance. The scherzo is light and balletic. The slow movement evokes a lazy summer afternoon. Considering that it was written in 1943, in the depths of World War 2, it is a remarkably cheerful, upbeat work.

Posted by gregory barton at 8:52 PM