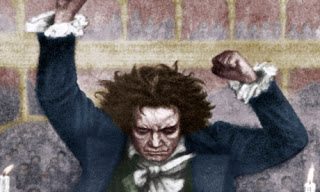 and works by Bach, Vivaldi, Tchaikovsky, Rachmaninov and Feinberg 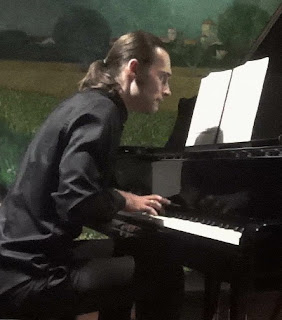 Beethoven, Symphony No. 9 in D minor, "Ode to Joy" 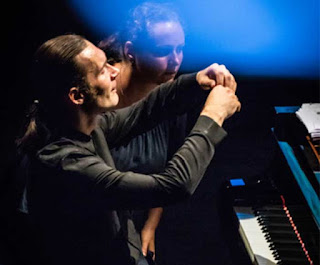 "This is amazing. ... the piano transcription brings out lines and details that are not so audible in the orchestral version."

"To be able to pull it together like this, musically and technically, is nothing short of astonishing."

"It seemed that I was listening to the orchestra itself!"

(Comments from Cyprien Katsaris's version of the Liszt transcription on Youtube: https://youtu.be/Ja7ZkvP8Nrk)

The Fabulous Feinberg
with music of Bach, Vivaldi, Tchaikovsky and Rachmaninov

Vivaldi-Bach-Feinberg transcription of a transcription: Vivaldi Concerto in A minor BWV 593 - absolutely fabulous!

Tchaikovsky-Feinberg transcription of the Scherzo from Tchaikovsky's Symphony no. 6 - absolutely fabulous!

Feinberg  Sonatas number 7, 8 and 9. These are, in my opinion, the finest of the composer's set of 12 sonatas. They are each quite different, no. 7 is jazzy and mysterious, no. 8 is mystical and profound while no 9 is technically brilliant and spectacular. They were written in the 1920's and 30's when Soviet composers enjoyed more freedom than the following decades.


Samuil Feinberg (1890 - 1962) was a successful concert pianist and respected professor at Moscow Conservatory. He was also a composer,  (12 piano sonatas), and a transcriber ( he transcribed 15 works of Bach). Feinberg won the Stalin Prize and the Order of Lenin for his contributions to music. He toured Europe extensively in the 1920's, attending festivals and recording for Deutsche Grammaphon. But he was grounded in the 1930's on the pretext that his music did not reflect 'socialist realism'. He stopped performing his earlier works and kept a low profile in his composing. According to Christophe Sirodeau, Feinberg was  "... a very cultured man, spiritual, modest, and with a profound dislike of self-promotion." His modesty assigned his legacy to undeserved obscurity. Yet to those who know him, he is one of the most respected composers of the 20th century. 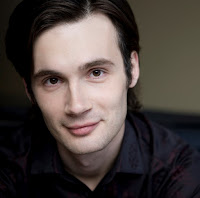 Evgeny Starodubtsev is a graduate of piano and composition from Moscow Conservatory. According to the Arlink-Argerich Foundation database, he holds the record for number of first prizes at international piano competitions. The current count is around thirty wins.
Here are a few from recent years:


Evgeny has performed at top venues such as the Concertgebouw in Amsterdam and the Konzerthaus in Berlin. Evgeny has recently recorded works of Messiaen, Scriabin, Ravel, Chopin and Mozart. He is planning to record the complete solo piano works of Feinberg, which has never been done.

Evgeny is a regular visitor to Eelswamp. He loves a challenge. In 2017 he performed Rzewski's 'People United' Variations. Last year he performed Messiaen's 'Vingt Regards'. We are very fortunate to have Evgeny and Alexandra play Beethoven's Ninth, which is supremely difficult on all levels.

Alexandra Lotova is a graduate from Central Musical School of Moscow in 2000. In 2005 Alexandra graduated from Gnesin music academy of Moscow, one of the top music academies in Russia. Her teacher was Professor S. Margaritov. Alexandra has played frequently with Yuri Bashmet's orchestra “Novaya Rossiya”. Especially successful she was her interpretation the Third Concerto of Rachmaninov in St. Petersburg in 2011. She frequently performs solo recitals in Russia as well as chamber music and works for four hands and two pianos. For example, she gave a wonderful performance of Mendelssohn's Octet and Schubert's F minor Fantasy for four hands at Eelswamp with Evgeny. She has also performed in Finland, Serbia, Germany, Greece and Italy. Alexandra’s repertoire is extremely wide and includes music of all styles from early Baroque to the middle XX century.

Cancellations and credits: Credit will be allowed for future concerts in the event of cancellation in certain cases.