a program of piano music played by 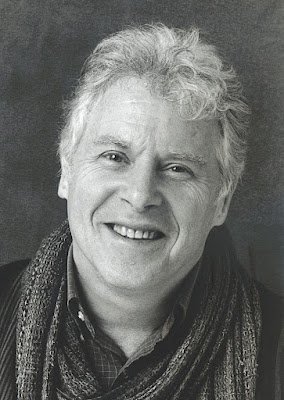 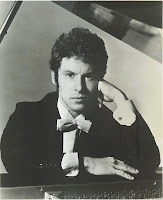 Bennett Lerner was my piano teacher for a few years, many years ago in Bangkok. He is one of the most respected piano teachers in the country, having taught at Payap University in Chiangmai, amongst other places. I look forward to him revisiting an old friend (me) and giving his first performance at Eelswamp.

Here is his official biography:

American pianist Bennett Lerner (b. 1944) is well-known in his country as a performer of contemporary music.  He has performed with major orchestras in the USA, such as the New York Philharmonic (in a nationally-televised concert celebrating composer Aaron Copland’s 85th birthday), the Los Angeles Philharmonic, and the Cleveland Symphony.  Mr. Lerner has numerous recordings: American Piano Music, Vols. 1 and 2 (Etcetera, 1984, 1986), Piano Music of Alexander Tcherepnin (Etcetera, 1985), Exposition Paris 1937 (Etcetera, 1988), Music by My Friends (Albany, 2004), and The Complete Piano Music of Claude Debussy, Vols. 1-4, (Bridge, 2006-7).  He has lived in Thailand since 1990 and was Head of the Piano Department of the Chintakarn Music School in Bangkok.  In 1995, Mr. Lerner moved to the northern city of Chiang Mai to teach at Payap University, where he is now an Honorary Professor.  After a six-year hiatus from performing, he celebrated his 72nd birthday with gala concerts in Chiang Mai and, also, with the premiere of “Luminary”, a piano concerto written in honor of Mr. Lerner’s birthday by his student, Narong Prangcharoen, performed by another of his students, Christopher Janwong McKiggan, with the Thailand Philharmonic Orchestra.  Mr. Lerner has participated in the Thailand International Composition Festival since the festival’s inception in 2005.  In March of 2018, Mr. Lerner played Gershwin’s “Rhapsody in Blue” with the Thailand Philharmonic.  Mr. Lerner’s formative teachers were the Chilean virtuoso Claudio Arrau, Arrau’s associate and compatriot Rafael de Silva, the Cuban pedagogue German Diez, the Argentinian virtuosa Arminda Canteros, and the American pianist-composer Robert Helps.  Mr. Lerner has his B. Mus. and M. Mus. from the Manhattan School of Music and his D. M. A. from City University of New York.  His YouTube channel is “bennettlerner2”.


Directions to Eelswamp: search for 'Eelswamp' on google maps. Directions can be found at the bottom of this page: http://eelswamp.blogspot.com/2013/11/the-music-room-at-eelswamp.html

Posted by gregory barton at 6:05 PM