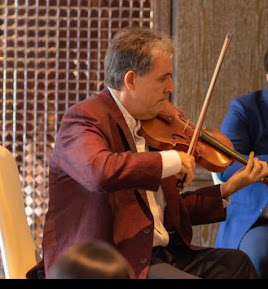 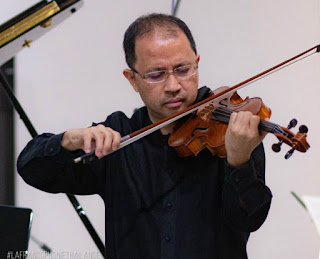 Some of the greatest works in musical history were written for the string quartet. In Thailand we don’t have a regular, full time string quartet, so the opportunity to hear a quartet is rare and much of the repertoire has never been performed here. This series hopes to remedy the neglect of the string quartet. It will begin with a survey of early works of some of the most important composers for string quartet: Haydn, Mozart, Beethoven, Schubert, Mendelssohn and Tchaikovsky.

The early quartets of Mozart, Schubert and Mendelssohn are all the work of childhood geniuses. They will astound you with their sophistication and maturity.

Haydn is regarded as the granddaddy of the string quartet. He did not invent the form but he brought it to prominence. His output of 68 quartets established the quartet as the most important form in chamber music. His quartets are all ingenious, charming, and at times dramatic. Unlike his successors, he didn’t write his first quartet until he was 30. We will begin with a selection from op. 20, which Haydn wrote in 1772, at the age of 40 and opus 33, written nine years later.

Mozart’s early quartets were inspired after hearing Haydn’s quartets. As a teenager, Mozart produced two sets of six quartets, The Milanese Quartets and the Viennese Quartets all of which are brilliant. We will hear two of the latter set, which Mozart wrote in 1773, at the age of seventeen; the first K168 will be performed in the first program.

Other concerts in this series will be on Monday June 14th and Monday July 19th.
Reservations: 1,000 baht
Tickets: No tickets will be issued for concerts. Admission to the music room on the day of the concert will be in accordance with the sequence of receipt of payment (ie, who pays first goes in first and can select their desired seat).
Etiquette: No photos allowed during the main performance. But photos may be taken during encore. Please do not upload videos to Youtube.
Children: Children aged eight years and older may attend the concert depending on the suitability of the program. Smaller children may be left with the nanny on the premises.
Cancellations and credits: Credit will be allowed for future concerts in the event of cancellation provided that the concert for which the original booking was made breaks even.
Directions to Eelswamp: search for 'Eelswamp' on google maps. Directions can be found at the bottom of this page: http://eelswamp.blogspot.com/2013/11/the-music-room-at-eelswamp.html
Taxi service to Eelswamp: Grabtaxi Just enter "Eelswamp" in the destination box.