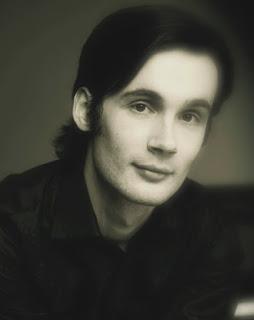 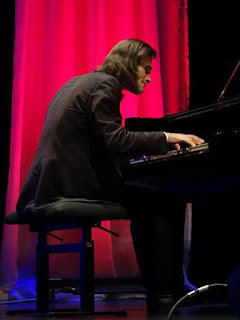 Evgeny is a graduate of piano and composition from Moscow Conservatory. His long list of wins at international piano competitions (at least 15 first prizes) began in 2004 with first prize at the International Piano Competition "Compositores de Espa'a", in Madrid. Since then, the list of first prizes is too extensive to list (never mind second and third prizes!). Here are a few from the last two years:

This will be Evgeny's second visit to Eelswamp. He thrilled our audience last year with two fantastic programs and will likely do the same this year.

Medtner: Forgotten Melodies op. 40. Continuing this year's tribute to Russian composer, Nikolai Medtner. This is a collection of six short dances.  Each of the dances has a title, including 'Sinfonica' which is the central piece, 'jubilosa' which is jubilant, 'ondulata', which undulates and 'ditirambica', which is an ode to Dionysus, the Greek god of wine and fertility. It is wonderful music, lyrical and easy to listen to. 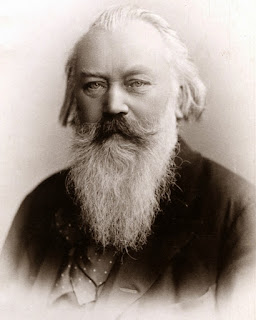 The first intermezzo, characterized by Clara Schumann as a “grey pearl,” is as close to the “impressionistic” sound of Debussy as Brahms ever got.

The second intermezzo, whose main sections are skittish and agitated, contains a central waltz that almost sounds as if it were lifted out of Op. 39.  The waltz tune, however, is a variation of the main agitated material.

In the third piece, which relies on internal melody, the ternary form and contrast are more nebulous.  It has an almost comical character.

The final rhapsody (“Rhapsodie”), which represents the end of Brahms’s work for solo piano, is not as extended as the two of Op. 79, but still displays a large arch-like form that makes it the biggest of the twenty late miniatures.  The piece is largely heroic and even joyous, so the ending in E-flat minor is surprisingly dark.

1. Sonata 'quasi una fantasia', op.27 no.1 Written when Beethoven was around 30 years old, this sonata carries the same opus number as the Moonlight. The 'quasi una fantasia' probably refers to the fact that the first movement isn't in sonata form and all the movements run together without pause. Whatever the formal issues, it's a great work, perfectly balanced, full of contrasting moods and rhythms with a rousing, foot-stomping, final movement.

2. Sonata op. 109 One of the mighty late sonatas, written twenty years after the op.27 no. 1 sonata. This is a work of great beauty, poise and profundity. Who could imagine such an ethereal piece of music would come from such untidy scribbles as the manuscript demonstrates! 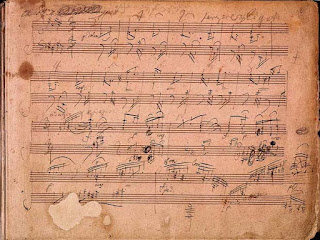 The first page of the manuscript of  op.109


A selection of
Shostakovich Preludes and Fugues, op.87

"masterpiece for the piano" - allmusic.com 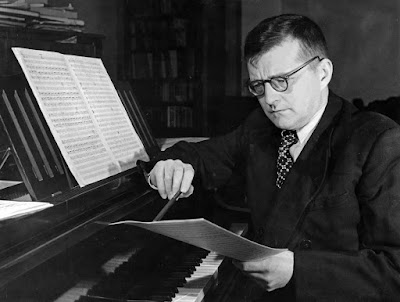 In 1950, Shostakovich was invited to Leipzig to judge the Bach Piano Competition held in commemoration of the 200th anniversary of Bach's death in 1750. The first prize went to young prodigy, Tatiana Nikolayeva. Legend has it that in the first round, Nikolayeva, instead of selecting her own piece, had the temerity to ask the judges which Bach Prelude and Fugue they would like to hear and whether they would like it transposed to another key. Shostakovich was so impressed with the competition, and the young lady, that upon returning to Moscow, he decided to write his own set of 24 preludes and fugues - an equal show of temerity, perhaps. But he managed to produce a set of preludes and fugues, which has been often been described as one of the great works of the twentieth century which stands equal to the Well Tempered Clavier of Bach.

Nikolayeva gave the premier performance of the work in 1952 at the Soviet Union of Composers. According to Nikolayeva,

''You could say that a new work by Shostakovich hit these envious, petty-minded musicians like an atomic bomb,'' 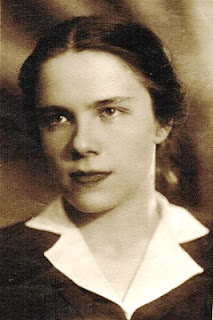 Tatiana Nikolayeva,
who premiered the first performance of op.87, which went off: "like an atom bomb"

The Preludes and Fugues, op.87, are superb works. Some are a clear tribute to Bach. Others are highly original. The website, earsense.com makes this apt comment:

As a modern example of the art, it is refreshing, contemporary and testament to the enduring validity of this ancient tradition as vital musical expression...As a well-informed and utterly creative modern success within the long tradition of Western polyphony, Op. 87 is an awesome masterpiece.

The whole cycle of 24 is too long for one program. We will therefore hear thirteen of the 24. Evgeny and I each chose 6 (but I couldn't count properly, so we have a bonus).


We have aimed to make the selection varied and engaging. I am confident that this will be another grand event, like the Paganini Caprices in June, which will leave you both satisfied and edified. Don't miss this opportunity to come to grips with one of the great masterpieces of twentieth century piano literature.

A mixture of works from the 18th and 20th and special guest performance by Alexandra Lotova, who will perform the Samual Barber Sonata, one of the great American works of the 20th Century, premiered by Horowitz

Posted by gregory barton at 1:22 AM