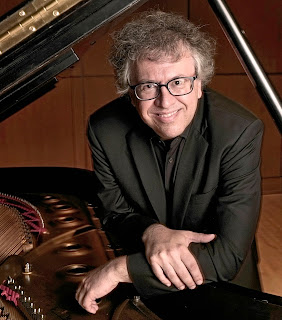 Winner of Spotify’s Best Classical Recording
"...one of the finest piano performances I've heard of any music at any time"  Fanfare Magazine

Rzewski: 'The People United Will Never Be Defeated'. This stirring theme and variations was one of the high points of last year's program. This year, we will revisit the masterpiece in the hands of one of its veteran performers, Corey Hamm. Corey won the 2014, Spotify award for 'Best Classical Music Recording' for his CD version of The People United.

"This is one of the finest piano performances I've heard of any music at any time, a magnificent performance beautifully recorded."  Fanfare Magazine 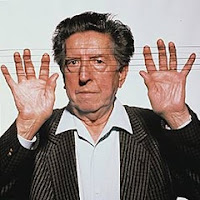 Henri Dutilleux: Piano Sonata (1948) Another original French piano work of the 20 century, although quite complex in structure, it's very easy to listen to.  Reviewer, Tony Hayward, described it as "a brilliant, multi-layered work".

"It’s a tight, classically-structured three-movement form, and references to other composers are audible, the most obvious being Bartók, whose folkish modality is echoed in the work’s main opening motif." 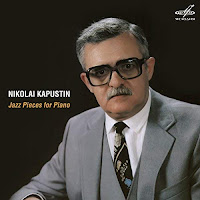 Nikolai Kapustin: Sonata no. 2, op. 54 (1989) Kapustin developed interests in both jazz and classical music. He fuses jazz into classical form. The result is classical works with jazz motifs. He has written twenty piano sonatas of which, no. 2 is the most popular. I highly recommend Nikolai Petrov's performance. It is easy to listen to and has some fantastic rhythms.

Prokofiev: Sonata no. 8 in B flat major ("War Sonata 3"), Op. 84 is Prokofiev's tour de force masterpiece from the war years. This is one of the most musically and technically challenging works in the 20th century repertoire.

Further recording plans include  the complete works for piano by Henri Dutilleux,  and a CD of solo works written for him by Canadian composers.

Corey Hamm has commissioned, premiered and recorded over 200 works by composers  from all over the world. His most extensive collection of commissioned works includes over 60 pieces  for  PEP (Piano and Erhu Project). He has also commissioned  dozens of works for The Nu:BC  Collective and for Hammerhead Consort.  As a founding member of Hammerhead Consort, he received the 1993 Sir Ernest Macmillan Memorial Foundation Chamber Music Award, and was winner of the 1992 National Chamber Music Competition.